Be the king in this free strategy game offline.
Reign your medieval kingdom with strategy, build mighty strongholds, engage in epic battle simulator, defeat enemies civilizations and expand your kingdom to a glorious empire.

Be the King: build your empire, besieges strongholds, engage in political intrigue, defeat enemies civilizations in epic wars unleashing your armies and lead your dynasty to glory.

Rewrite the history of the Middle Ages while, turn after turn, sitting on the throne of the kingdom you will have to play the role of a King or Queen while making strategic decisions regarding: royal weddings, alliances, wars and crusades, great battles, colonization of new territory, political intrigues.

Your grace, brace yourself for an age of total wars during medieval time, command crusades versus empires that will refuse to be your vassal or will attack your throne kingdom.

Experience the king’s glory in the Middle Ages in this epic turn based strategy RPG game. Strategically choose the heirs to the throne to rise your dynasty and have a grand and prosperous empire.

AGE OF DYNASTIES FEATURES:
– KING SIMULATOR: sit on the throne, be the King of your medieval kingdom in this offline strategy game!
– STRATEGY GAME OFFLINE: single player empire simulation with hundreds of epic events in medieval europe since 476 AD to 1492 AD, from crusader kings to dark ages. Plan the Europe colonization with tactics in this free and offline game.
– MEDIEVAL RPG: like Arthur the conqueror King of Avalon, summon the lords and knights around your throne. Choose the best tactics and strategies to conquer other civilizations by listening to your generals, diplomats, spies and ambassadors.
– EMPIRE SIMULATION: build your own stronghold where to grow your dynasty, forge swords, alliances and rise the grand empire in a medieval europe managing at best your cities. Choose buildings in your cities and make them thrive, from small villages to majestic medieval towns.
– MEDIEVAL STRATEGY TBS: plan the world domination on your king’s throne while each game turn you do the best for your civilization and dynasty, use heirs with strategy in the middle ages.
– TOTAL WAR: conquest the Middle Ages and wage war across Europe or the world! Face enemy reigns in great wars! Command epic battles in an engaging battle simulator by applying military strategies.
– FAMILY DYNASTY: total control over your heirs, choose appearance, traits and talents of kings and queens of your dynasty
– WORLD CONQUEST: become a great conqueror, choose the best strategy to conquer other reigns leading your armies in wars or forging legendary alliances, be an invincible defender of your stronghold.
– INNOVATIVE GAME OF KINGS. Age of Dynasties has merged four best gameplay: civilizations wars and conquest games, turn based strategy (CIV, 4x, TBS), king simulator (RPG) and empire building games.

Yes, your grace, if you enjoy empire games offline and medieval strategy, Age of Dynasties, will not disappoint your expectations! 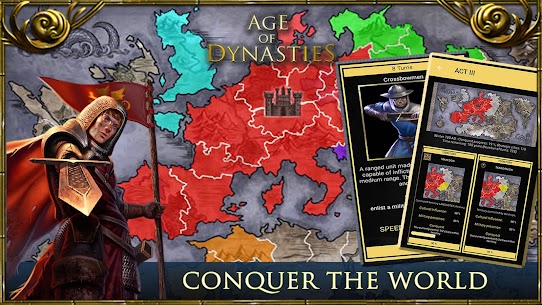 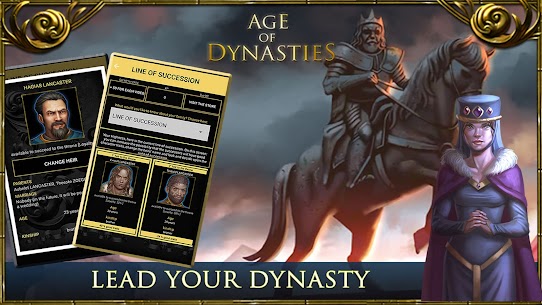 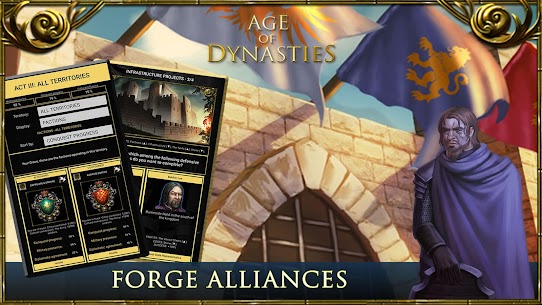 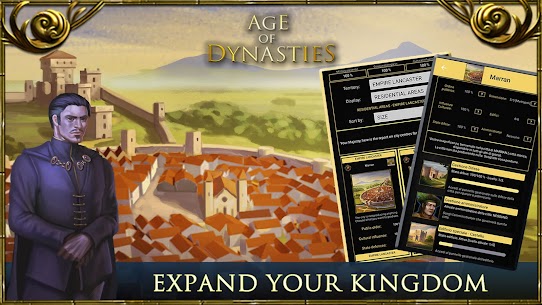 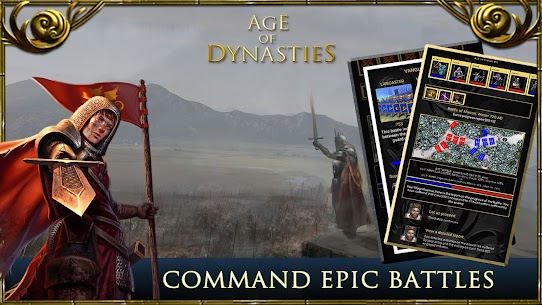