9 10 "If you enjoy dark sci-fi themes and like a challenging RPG with some roguelike elements, then look no further than Dead Shell.” / Christine Chan, appadvice.com

Dead Shell is an addictive pixel style RPG with roguelike elements and clicker games. Here, you have to shoot your way out of hordes of monsters, traveling through unique and randomly generated labyrinths, get loot and upgrade mercenaries and weapons.

Blaster-wielding mercenaries vs beasts from the labyrinth: who will win? You're commanding a die-hard assault squad. Destination: Plutonia, a settlement on a Doom-4 class planet. Shuttle cargo: a range of lethal weapons, from axes and chainsaws to blasters and BFGs. Anything might come in handy in Plutonia, the Federation's most remote colony.

Scientists, miners, guards – all sorts of civilian personnel worked there until recently. A week ago, the Center received a mayday signal from the settlement. Demonic roars and screams of terror filled the comm channel, and then it fell dead silent.

It's time to descend into the infernal abyss and show the demons who's the boss here. Fight your way through all the circles of hell to reach the very bottom. Look cosmic evil in the face and emerge victorious.

– Random level generation: everything from locations and monsters to loot is generated during the game. Every time a new dungeon!
– Infernal menagerie: hordes of alien diabolical creatures that are eager to kill you in a special sophisticated way. Get experience points for every creature you kill!
– Huge arsenal of weapons: from axes and chainsaws to blasters and BFGs. Change weapons during the battle, collect ammo and improve combat performance!
– Elite mercenaries: each has unique skills, prefers a certain type of weapon. Raise the rank of characters and create an invincible squad!
– Gameplay in the Roguelike genre and Pixel Art graphics, traditional components of the RPG genre, such as character upgrade and exploring the world around them, will never let you feel bored! 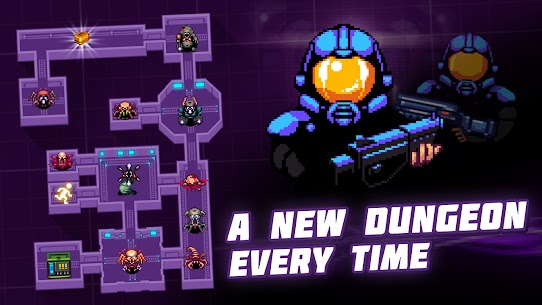 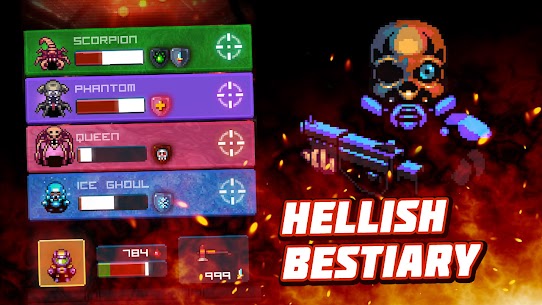 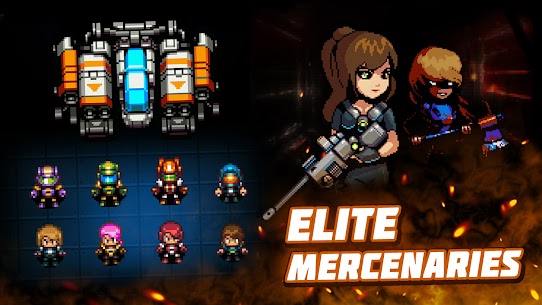 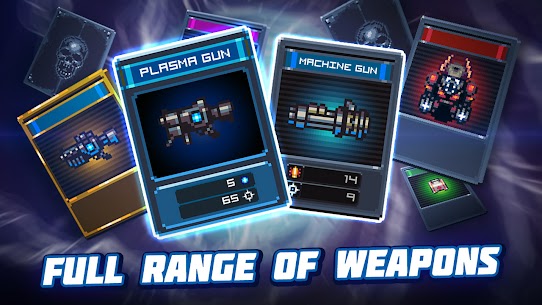 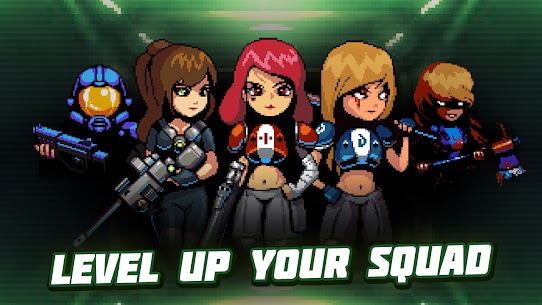